I think honesty is usually the best policy. For me, it goes back to the golden rule. I try to treat others the way I would expect to be treated. Unfortunately, a lot of people hate me for that. It’s not that I’m always saying mean things to or about people. But, I do try to be truthful where I can, and sometimes the truth hurts. 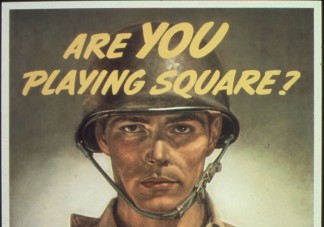 Lately, I’ve had some difficulties with my own truths.  I’ve been mostly dishonest with myself.  I’ve been in denial about certain parts of my life, and I really do know better.  However, it’s in other parts of my life that I’ve been asked to be dishonest.  People don’t want to hurt another person’s feelings.  We should all care a little more about that.  Here’s where I have to insert the “but” or “however” and ruin everyone’s day.  A little white lie about a surprise party or how someone looks in those mom jeans isn’t the dishonesty that upsets me.  It’s when you ask me to compromise my integrity by staying silent.  I’m trying my hardest to teach my son why it’s important to have integrity and be honest.  Folks are trying to encourage me to care less about that and set a bad example.  I’m sorry, folks.  I just can’t do that to my son.  Allowing someone else’s lie to continue unchecked is like being an accessory to a crime, in my opinion.  You’re enabling them to continue on a path that could potentially hurt a lot of people as their lie grows as every big lie tends to do.

Everyone knows a blatant lie is bad.  Life can be hard, but that’s never a good excuse. The consequences can be huge.  There are things you should never lie about that are pretty obvious.  In the age of Google search and the internet, it’s not that difficult to uncover the truth.  It’s too easy to get caught, and lying about something big is dangerous to your social life.  Friends don’t like being lied to.  They might even get angry enough to bust your story wide open for all to observe.

Having said that, if I worried about every little lie that someone told me, I not only wouldn’t have any friends, I’d be curled up in a ball in my closet unable to move from fear of the world.  I’ve learned to sort through what’s really important to me and forgive when the situation warrants it.  We’re all human.  We all make mistakes.  Sometimes we need to dig a little deeper and forgive.  But, something changed a few years ago when I had my son.  For the first time in my life, I was a role model on a daily basis.  My son overhears conversations.  He sees my stress.  He knows when something isn’t right.  He pays attention when I decide to either do nothing or take a stand in a bad situation.  In this new world of political correctness, desire for a Utopian society, and fairness, the one thing I don’t want is for him to see me as a coward.

Just ponder that for a moment.  If you have kids, no matter what the age, they’re watching every move you make.  Every word you say out loud is heard, processed, and influences them.

So when he accidentally overhears something about a person in our lives being dishonest or mean, he expects me to do something.  That’s not because I always act in a situation.  I’m no superhero.  It’s because he’s still young enough to have that lovely view of the world.  He’s not yet jaded about people.  He trusts.

There’s that word.  Trust.  When you lose that, life gets depressing.  It feels like everyone lets you down eventually.  And, maybe they will.  I guess I still want to believe, like most children my son’s age, that there is good in everyone.  I wish that every self proclaimed Christian (or person of any religion, for that matter) actually acted without hypocrisy.  However, human nature is not always kind, and it will rear its ugly head eventually.  Yet I still give the benefit of the doubt to my friends and associates hoping they won’t let me down or betray me.

There’s that other word I like.  Hope.  Let’s all try to keep that in our hearts lest we become jaded and bitter.  Hope keeps me honest.  I hope that my honesty is appreciated by my friends.  Sure, the truth hurts sometimes, but telling it is the right thing to do.  Truth.  That’s the thing we all search for.  Someday, I hope we all find it.