In the last parent/teacher conference with my son’s teacher, I was absolutely flabbergasted at what I was being told.  Even if eliminating the bullying in the classroom was possible, we had other issues that needed immediate attention.  His teacher betrayed my son’s trust.  She called him a liar and frustrated him to the point of doing something he’s never done before.  He yelled at her in class.  If she had ever bothered to speak with his former teachers, she would know this was truly out of character for him.  My son was so beat up emotionally, he was checking out of reality during the day when he’s supposed to be learning.  After finally seeing it happen first hand at home, I suspect his behavior in the classroom stemmed from daily panic attacks.

Almost every teacher and education advocate I know preach that all children learn differently.  Children with disabilities such as autism and dyslexia have the ability to learn, but may require different teaching methods.  My child has not been diagnosed with a learning disability, and he’s an intelligent boy.  Of that, I have no doubt.  He’s smart, period.  However, he does get one special education enhancement.  He takes speech.

To enroll my son in speech to help him speak certain sounds more clearly, I had to fill out the Individualized Education Program (IEP) paperwork.  This program does label even a minor speech impediment as a disability.  It can affect classroom participation and confidence.  I didn’t hesitate making sure my son got what he needed to remedy the issue when I was approached about it.  His speech isn’t that terrible, but he did need some help with it.  I can see how it would negatively affect a student’s learning in the classroom.  This is the only “disability” I see in my child.  The state, however, thinks he has another.

The powers that be have decided that the best way for children to learn is in groups.  This allows the students to teach each other to supplement the teacher’s lessons.  Okay, I can see that, but I can also see where this could cause problems.  For example:  Group learning can get noisy.  You know as well as I do that the topic of the class won’t be the only thing being discussed at each table.  It might be hard for some kids to focus on the topic at hand if someone else in your group isn’t staying on task.  One would think this would make classrooms more difficult to control for the teacher, and from what I’m hearing, it does.

Let’s assume a teacher can control the learning behavior at the group tables while giving lessons.  Picture, if you will, a classroom with four desks grouped together and each student facing the others.  How do they make sure their students are giving honest answers on their tests and are not cheating off of their neighbor?  With students facing each other in a circle or square, some children will always have their backs to the front of the class.  Do we really expect those kids to always keep up as well while taking notes, etc?

Kids will be kids.  When the teacher’s back is turned, they will take advantage of the situation, inevitably.  Didn’t you pass notes in class at some point in school?   How do they control the classroom if a single student needs help?  While the teacher is at the front of the class helping a child at one group table, how is he or she supposed to monitor what’s happening at a group table at the back of the class?  Vice versa?  I have a lot of questions.  They seem valid to me. 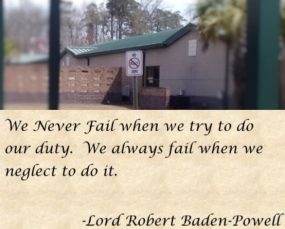 I’m not totally against students working in groups.  Group projects are a great way to learn.  I’m sure you’ve experienced the negative aspects in your lifetime, too.  I can’t tell you how many times I’ve worked in the group and there’s at least one person that decided they didn’t need to participate and let the other people do the bulk of the work hoping for an easy grade or paycheck.  But, for the most part, group learning can be fun and educational.  If anything, it teaches you a little about working with a team, right?

My son had difficulty staying in a group all day, every day, though.  He likes to make people laugh and was often the distracting one in a group.  My angel isn’t always an angel.  I get it.  Teachers regularly had to move him to another table for being too sociable or “playful”.  Often, he was given a desk to himself in order to facilitate learning and reduce distractions.

Fast forward to the fourth grade.  Teachers are no longer allowed to isolate students without “cause”.  My son’s new teacher tells me that if a school or district official walks into her classroom and sees a child at a desk by themselves, she could get into trouble.  This was the first time I had ever heard this.  The solution?  Form 504.

Let’s go back to that parent/teacher conference.  For the first time, ever, my son’s teacher suggested I fill out this form that would open up the possibility of him getting a desk by himself to suit his ideal learning environment.  He would need to be evaluated by the guidance counselor, school therapist, teachers, and school administrators.  Wait… he needs a psychological evaluation?  Okay… Now we’re looking at blurred lines here with a couple of different sets of privacy laws.  Yes, they are bound by confidentiality statutes, but so is my son’s pediatrician with HIPAA.  At least the doctor isn’t vulnerable to the Freedom of Information Act.  The guidance counselor herself told me there is nobody employed at the school that can diagnose an issue such as a panic attack, so why am I being asked to let the school therapist evaluate his state of mind?   Let’s say I do agree to all of this.  All things related to education and discipline follow him through his entire school career.  His state of mind, if evaluated by a school hired therapist, is potentially open to scrutiny in the future.

Now, before you condemn me for overreacting, consider this… In this case, you have at least two separate laws that can potentially contradict each other regarding the life of a minor child.  Not only that, the county in which I reside is an independent republic.  That means it is self-governed.  The independent republic has the ability to choose which laws of the state it recognizes, enforces, and abides by.  Welcome to the independent republic of Horry County, South Carolina.  The bottom line is, I have good reason not to trust my local government agencies.  I’ve had more than one run in with corrupt officials in this “good old boy” system.  Around here, you really can’t fight city hall, but I digress.

Form 504 is a little different from an individualized learning plan.  A lot of people have to be involved in the evaluation process, and it can take time:  Time my kid didn’t have.  There are several forms that need to be filed in the process.  The parent completes the first form, 504-1, to get the whole process started.  I chose not to ask for this form, obviously.  Of the eight forms involved, I did see form 504-6 posted online, which goes to the district for approval once all of the necessary parties at the school have given their input.

This form clearly designates the student with a disability.  Okay, but, is my kid disabled?  No, he’s not.  He simply needs a desk to himself during the majority of his school day for better concentration and behavior.  He learns differently, yes.  He’s very independent and prefers to work by himself.  When he’s allowed to work independently, his work improves and gets completed more often than not.  That doesn’t make him disabled.

In case you weren’t aware, Section 504 is a part of the Rehabilitation Act of 1973 that prohibits discrimination based on disability. It’s an anti-discrimination, civil rights statute that requires the needs of students with disabilities to be met as adequately as the needs of the non-disabled.  The school is required by federal law to comply.  A child psychologist told me that form 504 is just a tool they use to get children what they need in education.  But, I’m supposed to let them classify my son as mentally disabled just because he works better independently and doesn’t want to be bullied at his table anymore?  Heck, no!  That’s something that will follow him on his record throughout his school career.

The teacher didn’t understand.  Most parents fight tooth and nail to get their children into a 504 plan.  I had a better idea.  Rather than doing something that could potentially prevent him from following his dream to go into the police academy, I found another way to get him a desk by himself and put a stop the bullying.  I applied to enroll him in an online public home school.  Problem solved.

The decision was made, and the plan was enacted as quickly as possible.  A new struggle began as I started to realize what that school really did to my son.  Not only did they let the bullying happen and often punish the victim, they were giving him a sub-par education as well.  Now, there’s no doubt in my mind we made the right decision.  Stay tuned… There’s more to come.