I’ve been hearing a lot of chatter lately about a modern revamp of the song Baby It’s Cold Outside written by Frank Loesser in 1944.  The song was written for the movie Neptune’s Daughter which premiered in 1949.  Many artists have covered the song over the decades since it debuted.  I must confess, it ranks as one of my favorite songs from the era.

The new version written by Lydia Liza and Josiah Lemanski from Minnesota is supposed to express a tone of consent to what is now considered by some to condone date rape.  When I first heard this updated version, I scoffed a little to myself.  I was going to leave the subject alone until I saw an interview with journalist, Emily Crocket, on Tucker Carlson’s show.  Ms. Crocket could see both sides to the argument about the song, but preferred the new lyrics to the old.  I wish I could see her point.  I was too busy admiring Mr. Carlson deftly dismantle her argument.  Ms. Crocket ended up contradicting herself, and she looked more silly to me than persuasive.  In part, I think some feminists these days have lost touch with what the movement was originally all about.   But, I get the sentiment behind the rearrangement of the song.  Men that have a healthy respect for women seem kind of rare these days.

It was just a few weeks ago, that I had an incident in a grocery store parking lot with a pushy fellow with misbehavior on his mind.  I found myself on high alert as I was arriving at my car to load my groceries when two men approached my vehicle from the outer edges of the parking lot.  It occurred to me that they were together, but they were coming down different aisles.  I became even more alarmed when I saw that their destination was the car parked next to mine instead of the grocery store.  I made eye contact and nodded in greeting to let them know I had my eye on them.  Things felt a little off, but I commenced loading my groceries into my backseat.  I think one of them realized they had made me uncomfortable.  He decided to open up a dialogue.

It was all innocent, of course.  He asked me what I was cooking for dinner.  I replied that I didn’t know yet, but maybe I would make a baked pasta dish.  Then came the usual jest… Can I come for dinner?  Except, the comment was a little more invasive.  He said, “Where do you live?  I like baked pasta.”

From there, the conversation got a bit pushy as I hurried my efforts to empty my cart.  I told him I wasn’t anywhere near ready for guests, but he wouldn’t take the hint.  He offered to do some work on my house and just happened to specialize in my homeowner issues.  He could look at any problems after dinner.  I asked if he had a business card with his business’s contact information.  I wasn’t surprised when he told me he was fresh out, but he told me his name was Dane and gave me his phone number which I typed into my notes rather than my phone book for any potential investigations should something happen to me.

I made sure to mention my husband in the conversation.  Inexplicably, Dane became concerned about getting shot upon arrival at my house.  Now, if this conversation and your intentions are innocent, why worry about getting shot?  Well, if you don’t want to get shot, my best advice is to not do anything to warrant it.  That seems logical to me. 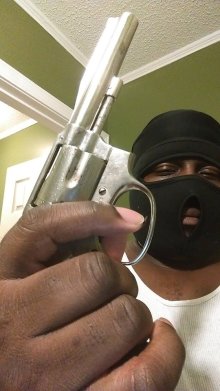 Eventually, I got rid of Dane, and he and his partner left.  It always angers me a little when I need to watch my rear-view mirror carefully to make sure I’m not followed home.  It baffles me as to why men act like this.  Do they not realize they’re making the woman they’re trying to talk to feel unsafe?  I guess not, because this happens to me all the time.  Seriously.  It happens regularly.  It’s annoying.  Guys, a friendly response to an innocent question does not mean I’m going to let you in my pants.  Sorry.  It just means I’m trying to be friendly.

This incident got me to thinking about why men do this in general.  It’s part of our culture now, unfortunately.  Since we’re talking about music being influential today, let’s take a look at that.  I used to be a fan of some R&B music, but the songs being put out lately represent rape culture a whole lot more than Baby It’s Cold Outside does.  Just tune your dial to a rap or R&B station and listen to the lyrics, and you’ll see what I mean.  These artists are begging to take you to their bed.  They don’t want you to say no.  They say that they won’t stop until they get what they want.  Boys like my son these days grow up idolizing these thugs and taking the lyrics as examples on how to treat women.  This is unacceptable to me. 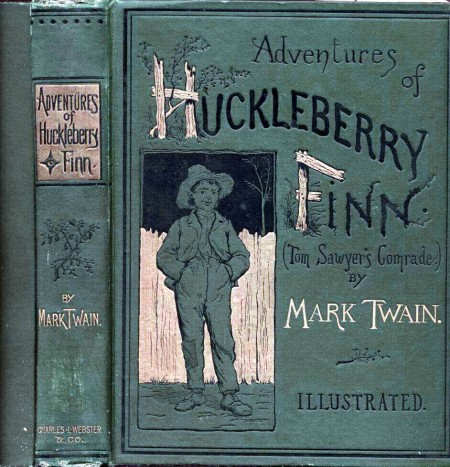 These days, people are missing something very important about their heritage and culture.  It’s been placed way over there while we stand back over here and abandon where we come from.  Lessons in tradition, culture, and custom are not being passed down through the generations as much anymore.  In fact, they’re being shut out.  We’re banning books like To Kill a Mockingbird and Huckleberry Finn for the usage of a single word in their texts.  The problem is, when we prohibit the reading of these books, we don’t learn the valuable cultural lessons within.  Both books were on my required reading list in high school for good reason.  To Kill a Mockingbird addresses issues of class, courage, compassion, and gender roles in the American Deep South.  Isn’t that the very thing being preached about by the same people that wish to ban this book?  This book is also semi-autobiographical and is based on actual events witnessed by the author.  While the work is fiction, it’s also historical.  Ignore your history, and you’re doomed to repeat it. 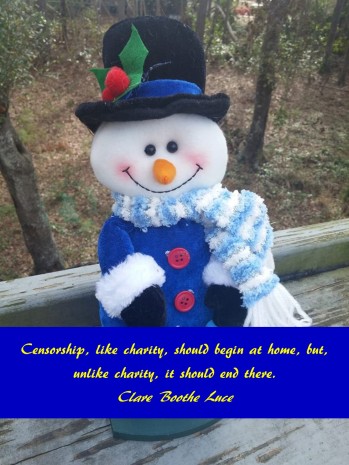 Huckleberry Finn was, in part, a scathing satire against racism and other entrenched attitudes.  I don’t like the “N” word any more than anyone else, but the tenor of this book is distinctly anti-racist.

Had anyone wanting to ban these books actually read them with any comprehension, they’d be encouraging the reading of them rather than banning them.  I suppose I was lucky that I was required to read them in high school.  The assignment led to an open discussion about the context.  I was taught how to interpret the author’s intent, and I learned a lot about culture and respecting my fellow man.

The University of Wisconsin-Stout took down two historic paintings of colonial settlers and Native Americans over concerns that they might be having a “potentially ‘harmful effect’” on people who see them.  Sure, it symbolizes an era when land and possessions were stolen from a noble people, but that happened.  You can’t just sweep it under the rug because it makes us feel bad.  It’s part of our history.  If you don’t learn about your history, you’re doomed to repeat it.  Folks, we’ve been raising our children to be weak and fragile creampuffs.  Something has gone very wrong when our young ADULTS need safe circles on our college campuses so they can stick their fingers in their ears and drown out anything that makes them a little uncomfortable.  There’s a word that George Carlin used for that, but would be improper to use it here.  I wouldn’t want to violate your sensibilities.

Some colleges and universities no longer require history majors to take American history.  America does have a history, does it not?  We are part of our world’s history, and other nations are certainly learning about us in their schools.  Foreigners now know more about our history than we do.  That’s not something to be proud of.  Where is our patriotism?  Apparently, we left it in the 1700’s. 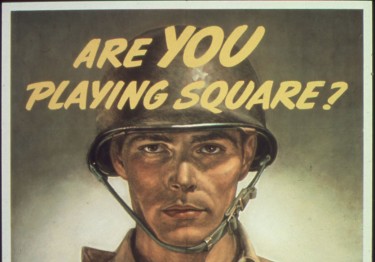 As usual, I have a lot of questions.  Why are people attacking Baby It’s Cold Outside and not the countless modern songs that really do condone rape and mistreatment of women?  Perhaps they should see the song in its context by watching the movie before they criticize it.  Why are we banning books when they give us valuable insight on the many societal problems we have today?  In demanding the right to free speech, why are we being forced to take down art?  That makes no sense.  Why are we not allowed to love our country anymore?  A lot of men died for our flag to make sure we keep our right to protest and speak our minds.  Why are we teaching our children that we can’t censor ignorant people from doing and saying ugly things, but we must censor the thing that represent who we are and where we came from?  We’re placing our culture in a little box way over yonder and denying ourselves the right to having a useful dialogue that just might lead to solutions to our problems.

No dialogue means no education.  We’re not learning from each other anymore.  Instead, we’re screaming at each other to shut up because the other side is always wrong, and we give no reasonable explanation as to why.  We just call each other names like deplorable, unredeemable, racist, and fascist.  Well, I have news for you.  I’m none of these things, and frankly, it’s nobody else’s job to determine me unredeemable.  We can only determine our association or friendship to be unredeemable.  Trust me, that’s exactly what will happen when you mess with my music, books, art, or history.  Especially, history.  I’ll say it again… If you don’t learn your history, you are doomed to repeat it.  Some people need to open their eyes, because that’s exactly what is happening right now.  Some people need to crack a book once in a while.

7 thoughts on “Baby It’s Cold Outside”